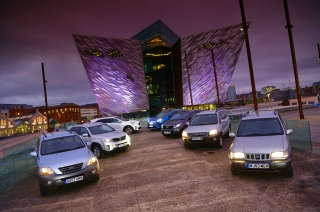 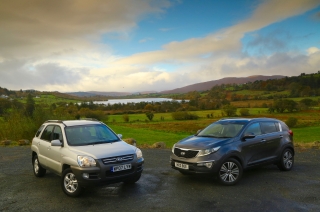 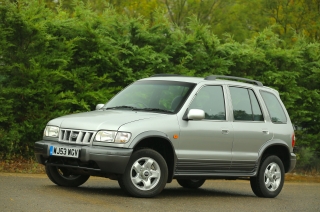 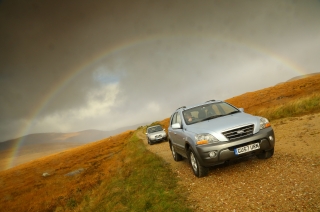 It was the first Kia model to be built in Europe, has been the best-seller in the UK for the past six years, and is currently tenth in the UK sales charts for 2018. But most importantly, it’s celebrating its 25th birthday, in the same year that the five millionth example rolled off the production lines. Yes, it’s the multi-award-winning Kia Sportage, a vehicle that has recently been updated with fresh exterior and interior design, with new safety and infotainment technologies, as well as efficient new powertrains and cutting-edge EcoDynamics+ 48-volt mild hybrid technology.

And it’s in good company, as it’s party time for its big brother, the Kia Sorento, as it celebrates its 15th birthday in the UK, with more than 50,000 examples delivered to customers. A sure-fire hit with off-road fans and caravanners, the biggest vehicle in the range changed the way the world saw Kia. Buyers fell in love with the large SUV thanks to the combination of its affordability, rugged no-nonsense four-wheel-drive system, spacious cabin, and generous towing capacity. It was able to take on established players at a much lower price level, with a high specification, strong drivetrain, good looks and the ability to tow a load of up to 3,000kgs.

“The Sportage has a rich history, is multi-award-winning and is the biggest-selling Kia in the UK,” said Paul Philpott, President & CEO Kia Motors UK, and adding “The Sorento really put Kia on the map when it was launched back in 2003, and altered the way that people perceived the brand. 15 years on, our flagship SUV is still challenging perceptions.”

Click here to find out more about the Kia Sportage & Kia Sorento.

All Kia Approved Used cars come with an unrivalled peace-of-mind package as standard which is designed to provide you with as much reassurance as when buying a brand new car.

All Kia Approved Used cars come with a 7 Year warranty from the day you drive away. Only Kia provide a Warranty this Long!

Every Kia Approved Used car comes with a full service history, completed by qualified Kia Technicians and thoroughly valeted to the highest standards, making it look and feel like a brand new car.

Let Kia Insurance quote to insure your Approved Used Kia and while you're deciding they'll provide free Driveway Insurance, so you can get on the road straight away. You'll also receive a free one year Excess Return Voucher to save you up to £250 if you make a motor claim. Subject to eligibility.

Every Kia Approved Used car has been certified by Experian to be clear of major insurance claims for accident damage, and to be free of any owed finance – meaning you can buy without worry.

Cover is provided by the RAC for 1 year. In the unlikely event of any problems with your Approved Used Kia, you can be reassured with this level of cover which includes recovery at home or abroad, repatriation assistance, and help with onward travel costs.

All Kia Approved used cars have undertaken a multi-point check and are tested and certificated by a qualified Kia Technician before you drive away.